Because Quilting Is Better With Bare Feet
Quilting 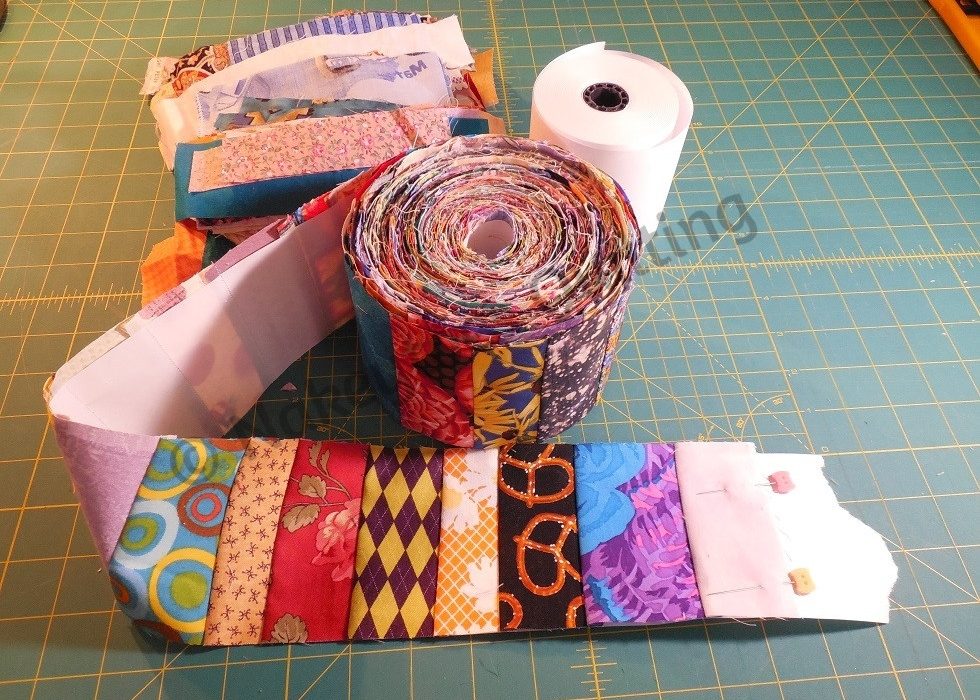 It’s Thanksgiving in the USA, y’all. I have so much to be thankful for. I have piles of fabric, more sewing machines than I can keep track of, thread spilling out of drawers, and gadgets galore. I’m blessed. Tremendously.

This year has been a difficult one. On May 4, I lost a wonderful quilting friend to lung cancer. Three days before her death I rolled Wanda’s Penchant for Purple on the long-arm, but had difficulty with the tension assembly. That quilt is still on the rollers. When Wanda died, my desire to sew left. I didn’t touch my machines for two months. I just couldn’t bring myself to work on anything.

While working through the grief of Wanda’s death, one of our mutual friends, Debra, got the all-clear for her Adenocarcinoma. Debra was cured. Or so we thought. In late June Debra went in for a routine hysterectomy and the surgeons closed her up. She had inoperable tumors. I lost her shortly after on July 17. My heart was shattered.

Ten days later I took my husband to the ER with crippling abdominal pain. His diagnosis was Stage 3b Testicular Cancer. He stayed in the hospital for 16 days, underwent two surgical procedures and had a week of chemo treatments. I was able to bring him home on August 12. I was numb. In some ways, I still am.

In mid-September I finally had some time to breathe in-between chemo sessions, doctor appointments, and school activities. I had been sorting fabrics in readiness for selling them, when I decided they had been stashed for too long. I grabbed a bin and opened it. I turned the iron on and sat down and began to sew.

And sewed. Then sewed some more. I have sewn more in the last 8 weeks than I have in the last 8 years. I can’t run away from my physical problems, but when my foot is on that pedal, I feel like I can outrun my worries. Some times you just have to give yourself a little grace and permission to do something that makes you feel good.

Thank God for Youtube. And podcasts. I plug in those headphones and just sew.

I started with these beautiful lemony strips. They are from a swap we called Lemon Meringue Pie. The pattern is the same as the Rhubarb Pie Quilt, we just swapped colors: shades of yellow, creams, whites, and tans. The colors you would see in a real lemon meringue pie.

Next came the Christmas strips. They are

A third box yielded scraps and yardage of Civil War Reproductions. I had been wanting to make a flying geese quilt ever since I learned to make a quilt, but those triangles intimidated me no end.

I used a super easy flying geese tutorial and in less than 10 minutes you have four geese. No kidding. See my pile? I think I have enough squares cut to make another full quilt. These just need trimmed and then I have to figure out a setting.

One day I peeled these mini Broken Dishes blocks off of my design wall to make room for another UFO that I had started last winter.

While sorting fabrics I found the reds that I had used for these. I managed to make a fourth block but it is definitely a work in progress. Four inch blocks are tedious, especially when they’re half square triangles. I’ll have a blog post & tutorial about this little when it’s finished. But if you like it, start collecting red & cream fabrics.

September melded into October and I opened the autumn prints bin. I started on my Autumn Stars quilt. I made a falling leaves candle mat. I made a Maple Leaf candle mat. And I made a Mountain Climbing candle mat. I also cut out the pieces for a Ribbon Stars quilt using more of the autumn swap strips, but am waiting for some cash flow to buy the background fabric. I’m also still debating cutting solid charms to make an hourglass quilt out of the 5″ nickels I received in yet another swap.

In the midst of all this, I uncovered my scrap bin. And began to sew. Right about then, Jenny Doan released her Crumb Quilt tutorial. I have three huge blocks made as well as the beginning of several others. It’s a process and I love that you are essentially creating your own unique fabric with scraps. I haven’t yet decided what I’m doing with these but I do have some creative ideas floating there in the back of my noggin.

Then I saw a Youtube tutorial about adding machine strips. So I ordered some cheap adding machine tape and cut few hundred strips out of my string collection. I have several yards of beautiful strings sewn together and coiled up waiting for inspiration. And the beauty of the strings is that if I only have 10-15 minutes to sew, I can accomplish a couple of feet in that time.

In some ways time passes so swiftly and in others ever so slowly. It’s Thanksgiving and before we know it the bluebonnets will be blossoming again. Take time to hug your loved ones. Tell them how much you care. Cherish each moment and every blessing. And just sew.  Happy Thanksgiving.