Because Quilting Is Better With Bare Feet
Miscellaneous Quilting 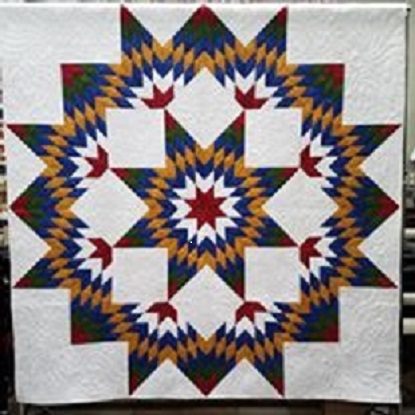 Goals and Challenges for 2019

Let’s clear out some of those quilting UFO’s

The APQS released their 2019 UFO challenge sheet yesterday and after the progress I had made this year, I knew I was in. That challenge has been THE best motivator in getting some of these projects done.

I made this list in 2017 and accomplished nada, zip, zilch. Why 2017 was so unproductive is still a mystery to me. I did work on projects, however, most weren’t quilt related.  Looking back I made and crafted a large amount of 18″ doll items.

After my annual Rockport retreat in January 2018,  I got my sewing mojo back and finished quite a few tops and even finished binding two other quilts. I finished the Dappled Triangles quilt, the 1930’s 4-Patch quilt, and my Bonnie & Camille Cake Mix 2 top among others.

In early March I was gifted a vintage Gammil and over the next few weeks, as Spring bloomed with bluebonnets and the trees burgeoned with fresh leaves, I learned so much about FMQ.  Unfortunately, because it is a vintage machine, the tension assembly is messed up. I think there is a part stripped out, but I haven’t found the right person to help me.

In May, my quilting came to a screeching halt. A good friend and co-admin of some of my quilt groups, Wanda Towery, passed away of lung cancer. I was devastated. Unable to function, I sat in my sewing room for two days numb with grief. I cranked up the volume on my playlist and just sat staring at the walls. What I really wanted to do was throw an adult sized tantrum and throw or break things.

Toward the end of June I finally opened the door of my sewing room again and sorted fabrics. Then sewed a little bit slowly building up momentum.

During this whole time another quilt friend, and the third member of our quilting Triumvirate, Debra Phelps, was battling a rare form of adenocarcinoma. On July 17 she lost her battle and once again I was grief-stricken. Though this time I didn’t have time to wallow in my grief.

Exactly 10 days later I took my husband to ER with severe & debilitating abdominal pain. The diagnosis was testicular cancer. The tumor was causing internal bleeding. Our world shattered.

For six weeks it was constant trips back and forth to the hospital, an hour each way. There was no time to think, much less sew.

September was when I finally managed to sit at my sewing machine. But what did I want to work on? I needed mindless sewing. Something I didn’t have to concentrate on while I listened to a podcast to drown out my thoughts.

And sew I did. Setting aside my guilt, I allowed myself to start as many projects as I needed to in order to cope.

Quilting really IS my therapy.

And start projects I did. I’ve lost track of how many. Though today I apparently met my threshold of UFO’s because the clutter is getting to me.

So, here is my updated 2017 UFO Challenge list and my 2019 UFO Challenge list. I have also printed off a second 2019 list to carry over a few projects from last year and to pencil in a few goals. I may print of a third list to cover the tops I want to get quilted.

2019 is also going to be the year for challenges. I want to push myself out of my comfort zone and learn new techniques.

I think that’s what Debra & Wanda would have wanted for me.

Have you considered joining in on the 2019 APQS UFO challenge?

I wish you a very happy holiday season, and may your lives be filled with joy and love.